Government Shutdown – Will My Portfolio Go Down? 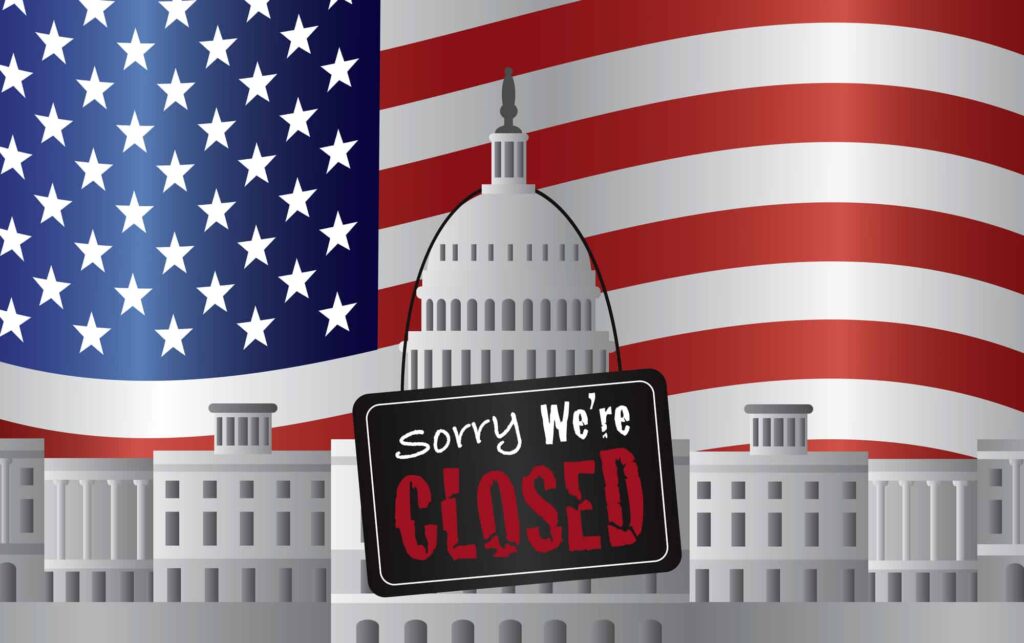 Government Shutdown – Will My Portfolio Go Down?

You may have asked your advisor this question, googled this question, or just plain wondered “will my portfolio go down if the government shuts down?” The answer to this question is, probably not. This does not mean that you should not concern yourself with your current risk allocation, because the market may go down, but likely not due to a Government Shutdown.

There have been five Government Shutdowns since 1990. None of these shutdowns caused the market to drop long term, most didn’t even make the market drop short term. One of them, was in the midst of a sell off that started long before the shutdown, and even then, the market rose during the shutdown. This leads us to believe that the potential shutdown looming will be much the same.

The government shutdown in 1990, during George H.W. Bush lasted a mere three days, and occurred over a weekend, the Columbus Day weekend even. As you can see below during the actual event from October 6 to October 8 the market was up. Overall, during the month, it was down, but that shouldn’t really be attributed to the market shut down as the market got back to even during the month on October 22, 1990 but later fell to end the month.

There were 2 shutdowns in 2018. The first coming in the January and the second coming in December, in the midst of one of the biggest selloffs since 2008. The first one didn’t even occur during the week, it started on a Saturday and ended on a Monday, I guess the government just didn’t want to work that Monday 😉. If we look at the entirety of the month of January the market was up 5.62%, safe to say it was unaffected by the shutdown.

December 2018 was at the tail end of the 2018 sell off that brought the S&P 500 near a Bear Market. The sell off started in October, but intensified in December. Many believe the intensity came from investors looking to Tax Loss Harvest, which is creating a paper loss in an investment account for tax purposes. The first graph below shows the selloff in its entirety, followed by just the area around the government shutdown.

Though it is quite difficult to compare each government shut down to each other, it’s fascinating that the area around each of them except one produced positive returns. For this reason, we don’t think the government shutdown is going to cause your portfolio to go down by itself. That being said, we do encourage all investors to deeply consider your current risk tolerance. The government shutdown may not cause your portfolio to fall, but it could be a catalyst for other items to bring on a bear market. All time high price to earnings in America, coupled with continual fear of the Coronavirus Pandemic still loom.

At Mills Wealth Advisors we are currently being vigilant to make sure all our investors have the correct allocation of their funds to be prepared for a potential drop in prices. As you read from a previous piece from us, the market behaves more like the hare than the tortoise in the fable the Tortoise and the Hare. As much as we want the market to produce steady 8% returns its sporadic, producing 20% returns followed by a -5% return. We believe now is the time to access your current risk to prepare for the sporadic returns the market gives us. If you have questions regarding your current allocation reach out to one of our advisors to help you gain confidence in your portfolio’s future.